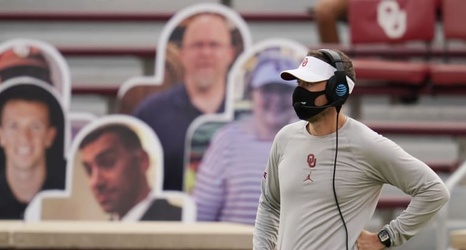 Oklahoma football head coach Lincoln Riley called the NCAA's punishment on marijuana use "archaic" on Tuesday amid discussion on three Sooners reportedly testing positive for the drug last December prior to the College Football Playoff.

"It has been a challenging year for the NCAA. There's a lot on their plate right now," Riley said per Ryan Aber of the Oklahoman.

"But this is a big issue. It is. And it's a much bigger issue than these three players, and I think maybe that's part of why the process has been a little bit slower than all of us would like, but you're talking about an archaic rule within the NCAA.