Lincoln Riley Is Smart to Ban 'Horns Down,' but Not out of Courtesy to Texas 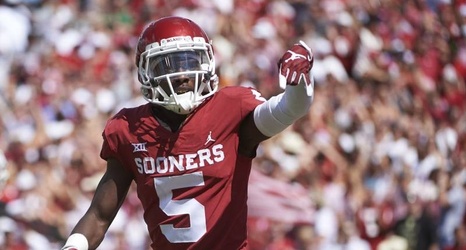 Sports can create a controversy out of nothing. Heading into a showdown between Oklahoma and Texas, the attention should be on the highest-profile matchup and biggest rivalry in the Big 12.

Instead, once again, we're talking about two fingers and the direction they point relative to the sky.

Earlier in the week, Oklahoma head coach Lincoln Riley said his players will not throw the "Horns Down" symbol during the clash with Texas, per Eric Bailey of the Tulsa World. It's the same decision he announced prior to the 2018 Big 12 title game.