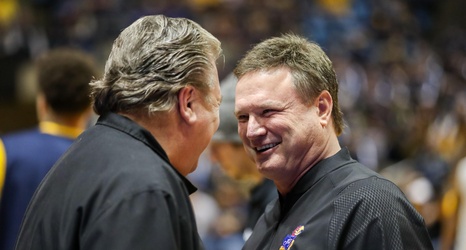 "There's zero truth to that," Self told reporters Friday.

Seth Greenberg of ESPN forecast the potential Spurs coaching change during an appearance on Wednesday's Get Up as part of his bold predictions for 2020:

In April, ESPN's Adrian Wojnarowski reported San Antonio ownership believes Popovich is "entitled to manage his future the way he wants," so it's fine with letting him decide whether to keep coaching on a year-to-year basis regardless of his contract status.