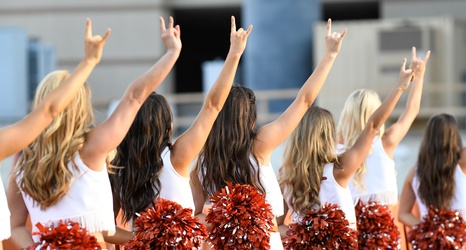 When Odell Beckham handed out wads of cash to LSU players after their national championship victory over Clemson, it drew widespread headlines as a potential NCAA rules violation.

That said, no one was under the notion it was the first time a college player had been paid for their performance. Emmanuel Acho revealed Thursday that players at Texas were paid $1,000 for each interception they got during the 2010 national championship game against Alabama.

"We went to the national championship game in 2009 and ... it was public to the team, for every interception the defensive back got, they were going to get $1,000," Acho revealed on ESPN's Get Up (h/t 247Sports).