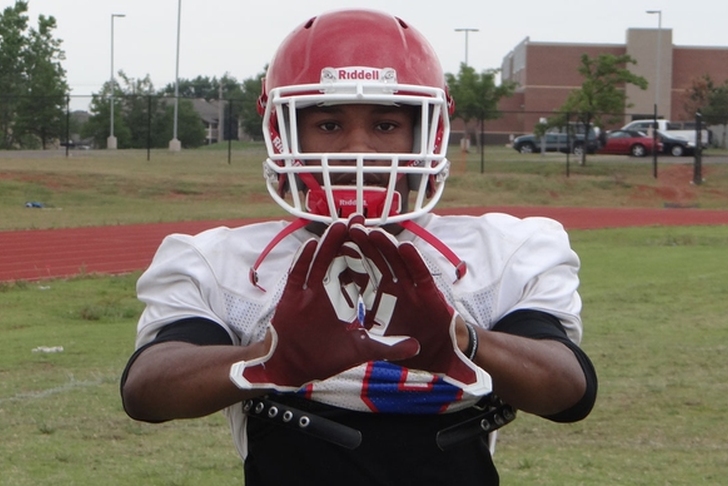 National Signing Day is one of the biggest days in college football, as landing a good class can set a program up for long-term success on the field in the fall. That is certainly the case in the Big 12, as teams across the league hope to set themselves up for success with their 2017 recruiting class. Here is how those classes stack up against each other:

10) Kansas Jayhawks - No. 69 nationally
KU is far from a recruiting power and focused their recruiting efforts on the JUCO and community college ranks, as they make up 10 of their 20 signees.

9) Kansas State Wildcats - No. 68 nationally
K-State is usually home to many JUCO and community college transfers, but that wasn't the case this year. All but one of their prospects came from high school, though just four of their 19 commits ranked in 247sports' top 1000.

8) West Virginia Mountaineers - No. 56 nationally
West Virginia made it a point to add depth to their roster with this recruiting class, and they succeeded. They landed 21 recruits, all of whom are three-star recruits - and eight of them are from the JUCO or community college ranks.

7) Iowa State Cyclones - No. 52 nationally
Head coach Matt Campbell has put in work with his first full recruiting class at Iowa State, landing one of the best recruiting classes in school history. They add some experience with a few JUCO transfers, and all of their 24 commitments are three-star recruits.

6) Texas Tech Red Raiders - No. 51 nationally
Texas Tech is one of just a handful of schools in the Big 12 that have four-star recruits in their class, and they have one - offensive guard Jack Anderson, who ranks as the No. 76 overall prospect in the country.

5) Baylor Bears - No. 39 nationally
With the sexual assault scandal with a new head coach in tow, it's a big surprise that Baylor managed to crack the top five in the conference. That's a credit to Matt Rhule and his staff, who reeled in 27 commitments - including 26 three-star signees.

3) TCU Horned Frogs - No. 30 nationally
What TCU's class lacks in depth can be made up with quality at the top. Four players (WR Jalen Reagor, WR Omar Manning, QB Shawn Robinson and OG Wes Harris) are ranked in the top 200 in the country.

2) Texas Longhorns - No. 26 nationally
Tom Herman did well despite having less than two months to prepare this class, flipping several former Houston commits to complete this 18-person class with seven four-star prospects. Quarterback Sam Ehlinger is the highest rated of those prospects and is expected to compete with Shane Buechele for the starting job.

1) Oklahoma Sooners - No. 8 nationally
The Sooners don't have a five-star signee, but with 18 four-stars pledging to the Sooners, it's easy to see why Oklahoma has the best recruiting class in the conference again. Of those 18 signees, 17 are ranked in the top 300 of 247sports' rankings.