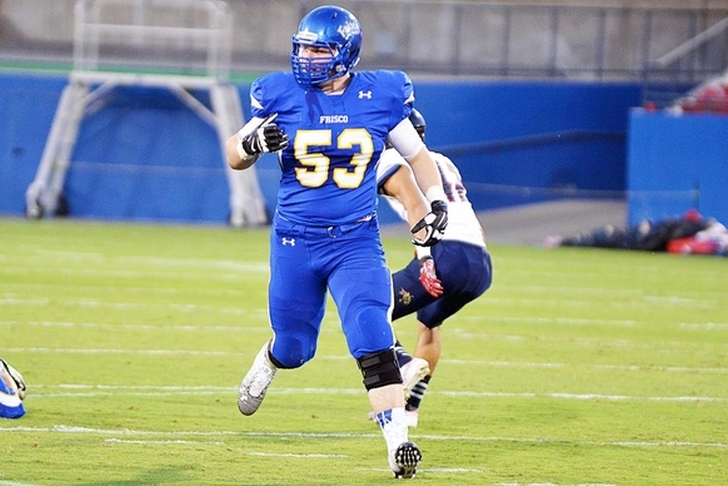 The Big 12 is known for landing some of the very best recruits in the country, and while every coach would love to land a class consisting of only five-star recruits, that's just not how recruiting works. However, some very talented recruits have already pledged their services to Big 12 schools. A big tip of the hat to 247Sports, as their composite rankings were used. Here are the 10 highest-rated recruits that have already committed to Big 12 schools:

10) WR Damion Miller - Texas Longhorns
Miller committed to Texas way back in June 2015, but Texas A&M is trying hard to flip the nation's No. 23 wide receiver.

9) WR Tylan Wallace - Oklahoma State Cowboys
The only Oklahoma State player on this list, the 6-foot, 180-pound speedster committed to the Cowboys in March. However, there is still a chance he flips his commitment to Oklahoma.

8) RB Toneil Carter - Texas Longhorns
Carter flipped his commitment from Georgia to Texas two weeks ago, becoming the first commit of the Tom Herman regime in Austin. The Houston native is the No. 7 running back in the nation.

7) LB Levi Draper - Oklahoma Sooners
Draper is the first of three OU recruits on the list. At one point, Draper was committed to Oklahoma State, but flipped. The top player from Oklahoma is the No. 118 overall player in the country.

6) QB Shawn Robinson - TCU Horned Frogs
Robinson is one of two TCU commits on this list, and one of three players TCU has committed so far. He's No. 76 overall recruit in the nation and the No. 3 dual-threat QB.

5) QB Sam Ehlinger - Texas Longhorns
Ehlinger has stayed committed to Texas and will try to compete with Shane Buechele for the starting job. The Austin native is ranked as the No. 4 dual-threat quarter and No. 105 overall player.

4) WR Jalen Reagor - TCU Horned Frogs
Reagor flipped his commitment from Oklahoma to TCU in October, but the Sooners are still very much in the mix to land him. The 5-foot-11, 180-pound speedster is the No. 13 wideout and No. 103 overall prospect in the country.

3) S Robert Barnes - Oklahoma Sooners
Barnes committed to OU in September 2015, and despite skyrocketing up the rankings, has remained committed to the Sooners. The 6-foot-3, 195-pounder is ranked as the No. 13 safety and No. 95 overall player in the country.

2) OB Tyrese Robinson - Oklahoma Sooners
Robinson is the No. 88 overall player in the nation and the No. 6 guard. The Sooners went into Texas to land Robinson. However, he's not the best guard on this list.