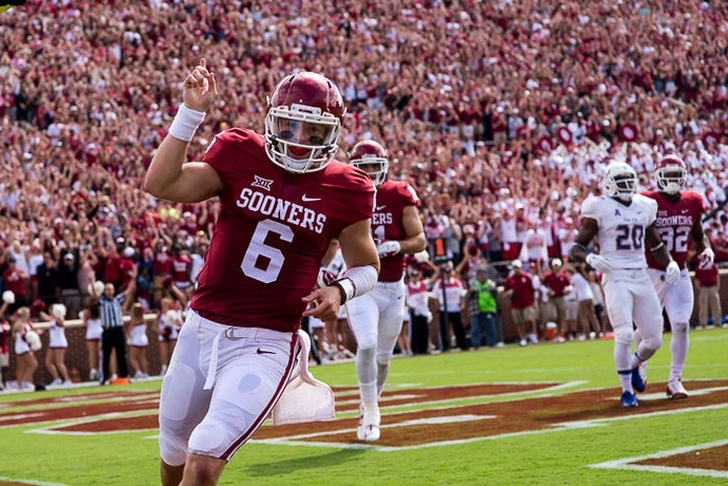 The Big 12 doesn't actually have 12 teams, but it's still a conference with star power and sent a team to the College Football Playoff this season. The season is pretty now over, so how do the teams in the Big 12 stack up against each other with only bowl games left? Here are our final power rankings:

Kansas failed to win a game this season. This is an easy choice.

The Cyclones have already turned their attention to next season. The Paul Rhoads Era is over at Iowa State after a 3-9 season, and the team has already hired Toledo's Matt Campbell.

It looked like Texas had saved its season by upsetting Oklahoma, but the wheels have fallen off since. The Longhorns have lost three of its last four games, including getting upset by Iowa State. At 5-7, Charlie Strong is not making a bowl game. Texas beat Baylor, but it wasn't impressive. Baylor was playing a WR at QB and still nearly came back to win.

The Wildcats closed with three straight wins, giving them a chance a bowl game. They have more wins than Texas, and passed them in the final week of the season thanks to the Wildcats' win. A win over WVU is simply more impressive than Texas' win over a Baylor team without a QB.

The Red Raiders are 7-5, and a win over Arkansas looks better now that the season is over. Texas Tech would be No. 5, but it lost a head-to-head matchup with West Virginia.

WVU is just 4-5 in conference play, but four of those losses have come against the top Big 12 teams. Despite losing to Kansas State, WVU is still the No. 5 team in the Big 12. .

It's fair to wonder if Baylor would have beaten OU if QB Seth Russell was healthy, but the end result is all that matters. QB injuries ruined their season and the Bears simply can't be any higher than No. 4.

Spots 2-4 are pretty clustered. There's a strong argument for any of the three teams to be No. 2. The Horned Frogs have battled through injuries this season and should be proud of a 10-win season. Baylor's loss bumps TCU up.

The Cowboys lost to Baylor and Oklahoma this season, meaning their losses are nothing to be ashamed of. Their blowout win over TCU puts them at No. 2.

The Sooners aren't undefeated, but they are headed to the College Football Playoff this year. There's no way a team other than OU deserves this spot.