Big 12 Recruiting: Ranking And Breaking Down The 2016 Classes 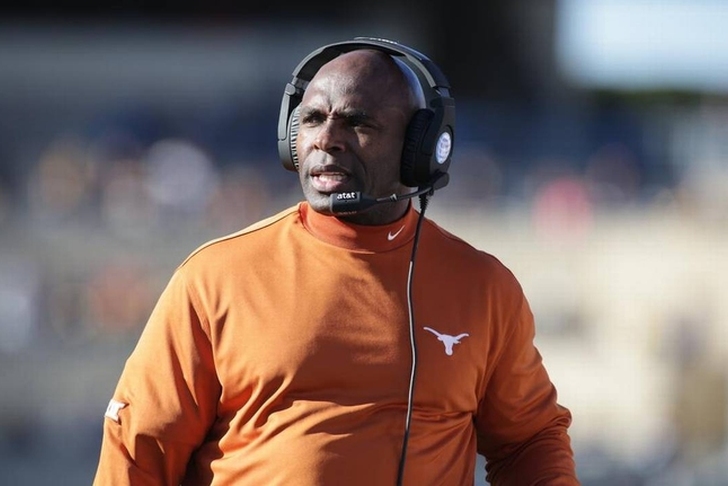 The Big 12 once again had a strong collective effort on National Signing Day. Two schools landed in the National Top 20 and four currently grace the Top 25.

A big tip of the hat to 247Sports, as the commitment list and top recruits are based on their rankings. For each school, we've listed their total number of recruits, their national ranking, top 3 commits and a short breakdown. With that in mind, let's get to the Big 12 recruiting classes.

Break Down:
The Longhorns were outside the Top 30 last week. But in the last 24 hours and change, Texas finished with a flurry. They landed several key recruits that nearly pushed them into the Top 10. Charlie Strong put together a very impressive class. For more on the Texas' recruiting class, download the Chat Sports Android and iPhone app.

Break Down:
It's clear now that Baylor is a true force in the Big 12. They know how to recruit and compete with the big boys for most recruits. Baylor used to be able to find gems and hold onto them. That won't be the case much longer; an offer from Baylor is an indication to college football's elite that a player has talent.

Break Down:
Five-star OLB Caleb Kelly spurned Notre Dame to come to Norman, and that was HUGE for Bob Stoops as they jumped TCU for the #3 spot. For more on the Oklahoma's recruiting class, download the Chat Sports Android and iPhone app.

Break Down:
TCU didn't land the greatest class ever, but this is a strong effort from Gary Patterson and Co. The Horned Frogs should remain a threat in the Big 12 if they continue to recruit at this level.

Break Down:
This a large class for WVU and it's a solid one. Landing Ferns and beating out Penn State for him was a big get. White could have an early impact.

Break Down:
This a solid, but unspectacular class for the Cowboys. Getting a four-star for both sides of the line will help the team in a big way.

Break Down:
Texas Tech finished just behind the Cowboys. Willies is already enrolled and could have an early impact. Texas Tech still sits behind the four other Big 12 Texas schools in the recruiting world.

Break Down:
Iowa State finished in a somewhat similar spot to Iowa in the national rankings. This isn't really Matt Campbell's first class at Iowa State, but landing Jones from Cincinnati could be a sign of things to come. Campbell has a heavy Ohio background and Iowa State got in the game late for Jones.

Break Down:
This is a pretty standard KSU class under Bill Snyder. It's in the top 75 and has several JUCOs. Thompson isn't a JUCO and the dual-threat could be the QB of the future at Kansas State.

Break Down:
Kansas faces a long rebuilding process, and this class might not be a major help. It's tough to lure talent to the Jayhawks, and the team has just two non-JUCOs ranked on 247sports' composite rankings.