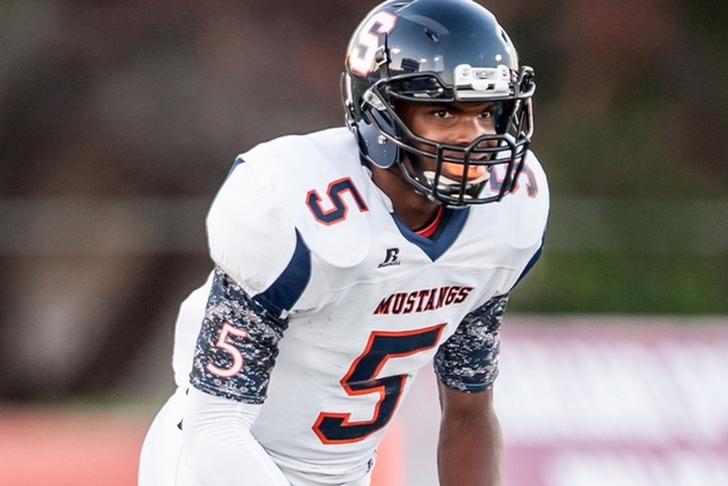 The Big 12 is one of the best conferences in college football. It's a recruiting powerhouse and constantly brings in some of the best talent. The conference can recruit with the best, but just three teams combined for the top 10 players. This is based on Rivals.com's rankings and every player on this list is a top 180 overall recruit. With that in mind, here are Big 12 Football’s 10 Best Committed Recruits For 2016 So Far:

10. J.P. Urquidez, OL, Baylor
The four-star OT is the No. 13 rated recruit at his position and the No. 22 player from Texas. He checks in at No. 175 nationally and could have an impact earlier in his career.

9. Bryce Youngquist, LB, Oklahoma
Youngquist is a four-star recruit and the No. 171 overall player. He's No. 33 player from California and can fly. Rivals.com says he 40 time is 4.41, which is more cornerback speed than OLB speed.

8. Austin Kendall, QB, Oklahoma
Kendall isn't the top rated recruit for OU, but he might be the most important. He's the No. 6 pro-style QB in the class of 2016 and the No. 170 overall player. He's from North Carolina could be the replacement for Baker Mayfield.

6. Jordan Parker, DB, Oklahoma
Another four-star OU commit from California. Parker is the No. 11 CB and the No. 129 player.

5. Parrish Cobb, DB, Oklahoma
Cobb and Parker could form a lock-down duo for years to come in Norman. He's the No. 10 CB and the No. 127 overall player. The Sooners stole him right out of Waco, Texas.

4. Tren'Davian Dickson, WR, Baylor
Dickson could be the next Baylor WR to put up crazy numbers. He's the No. 27 WR and the 126th best player. He's out of Texas.

3. Shane Buechele, QB, Texas
Texas is still searching for a QB and the hope in Austin is that it's Buechele. He's a four-star QB and the No. 4 dual-threat. He checks in at No. 105 nationally and the No. 13 player from the state of Texas. He's Texas' most important and highest-rated recruit.

2. Devin Duvernay, WR, Baylor
Duvernay is one of just two Big 12 commits currently ranked in the top 100, checking in at No. 53 overall. He's the No. 10 WR and the seventh best recruit from Texas. He and Dickson could post insane stats together.

1. Patrick Hudson, OL, Baylor
Yep, it's Baylor who has the two highest rated Big 12 commits. Hudson is a four-star recruit and the top guard in the nation. He's the second best player in the state and the No. 34 overall player. The top two recruits both come from Texas, as it's starting to look like Baylor runs the state for now.