Big 12 Football Will Have A Championship Game Again, Starting In 2017 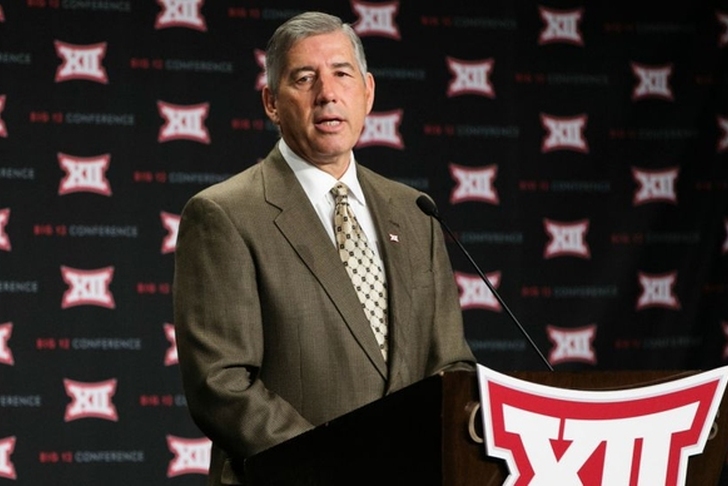 "Our board unanimously acted to approve in concept the reimplementation of a championship football game," commissioner Bob Bowlsby said at the Big 12 Meetings Friday.

Bowlsby said the conference would "in all likelihood" divide into two five-team divisions, although expansion has not been ruled out yet. Which teams will go where is still unclear. With four teams from Texas, the Big 12 could group them together with West Virginia for one division, and then group the Oklahoma and Kansas teams together with Iowa State. The NCAA recently ruled that 10-team conferences could have a title game.