Big 12 Football Power Rankings: Where Every Team Stands After 11 Weeks 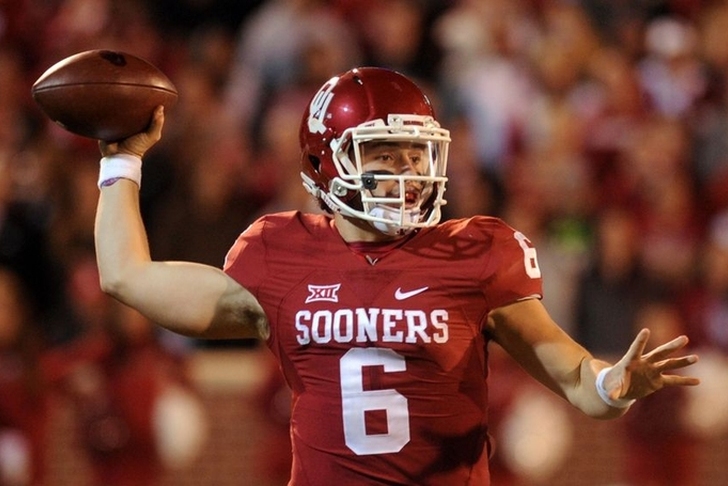 The Big 12 doesn't actually have 12 teams, but it's still a conference with star power and several teams that are competing for a berth in the college football playoff. So how do the teams in the Big 12 stack up against each other after the first 11 weeks of the season? Here are our power rankings:

Kansas has yet to beat a team this season, and it's likely the Jayhawks won't win a game at all this year. Kansas gave TCU a scare, but it wasn't enough. Expect Kansas to remain in the cellar all season.

The Wildcats started the year with three straight wins and narrow losses to Oklahoma State and TCU. However, things have gone downhill after that. KSU is now 3-6 and need to win out to make a bowl game. They are still searching for their first conference win.

It looked like Texas had saved its season by upsetting Oklahoma, but the wheels have fallen off since. Texas has lost two of its last three games, including getting upset by Iowa State. At 4-6, Charlie Strong is in danger of not making a bowl game. Perhaps it's time to end the Strong Era at Texas.

Iowa State has played great in recent weeks, upsetting Texas and nearly doing the same to Oklahoma State. Iowa State can't make a bowl game, but they can play spoiler against Kansas State and West Virginia.

The Red Raiders are 6-5, and a win over Arkansas looks better with the Razorbacks beating LSU. Texas Tech would be No. 5, but it lost a head-to-head matchup with West Virginia.

WVU is just 2-4 in conference play, but those losses have come against the top 4 Big 12 teams. West Virginia could close the season with five straight wins, since their next three games are against a few of the worst Big 12 teams.

TCU used three QBs to beat Kansas, as the injury bug continued to bite the Horned Frogs. TCU's season likely won't feature a College Football Playoff berth, but it can ruin Oklahoma's chances with a win next week.

It's fair to wonder if Baylor would have beaten OU if QB Seth Russell was healthy, but the end result is all that matters. Baylor is essentially out of the College Football Playoffs, as they need an insane amount of help to get in.

The Cowboys are the last undefeated team in the Big 12, but they're not atop these power rankings. It's close, but the Sooners' have the more impressive wins. Still, the Cowboys can earn the top spot and a College Football Playoff berth, by winning out.

The Sooners aren't undefeated, but their wins are more impressive than the Cowboys'. The loss to Texas is a bad one, but a win over a really good Baylor team makes up for it. QB Baker Mayfield is a legit Heisman candidate. Plus, I firmly believe the Sooners will beat the Cowboys when the two teams play.