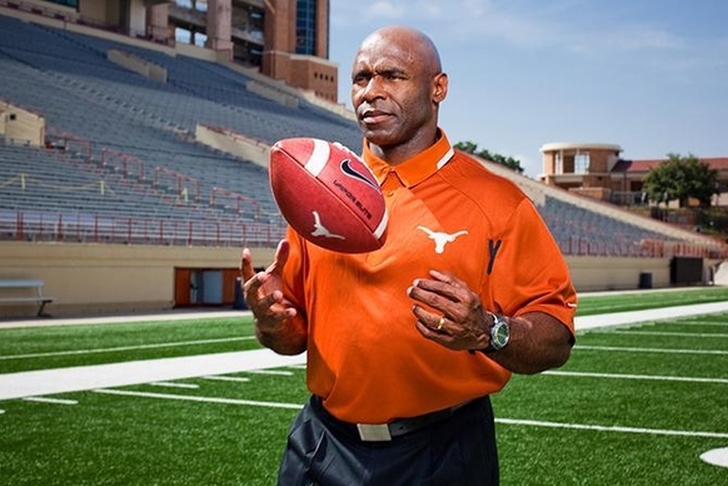 We're heading into a huge week for Big 12 Football, which means there's plenty of news out there for us to cover in advance of all the Saturday craziness. Here's our Big 12 Football: News, Rumors And Recruiting Headed Into Week 7.

Texas Longhorns head coach Charlie Strong would reportedly be interested in the Miami Hurricanes' head coaching job if it were to be vacated, per ESPN's Brett McMurphy.

Oklahoma Sooners HC Bob Stoops threw his players under the bus in a recent media session after the team's loss to Texas: "You can put it all on me, but I don't play."

Who has the best running game in the Big 12? It could very well be the pass-first Baylor Bears...

The Oklahoma Sooners may be steaming mad after their loss to Texas, but Kansas State is similarly motivated after losing back-to-back contests. "We were angry after that OSU loss because that was a tough loss coming down to the wire, and this one just adds fuel to the fire," QB Joe Huebner said after Saturday's TCU loss.

Speaking of Kansas State, the Wildcats have signed a home-and-home series with the Stanford Cardinal. The first game will be at Stanford in 2016 and the second will be played in Manhattan in 2021.

Rising 2016 cornerback Baylen Buchanan says he "loved" his recent visit to Oklahoma. The Georgia native is considered by many to be an OU lock.