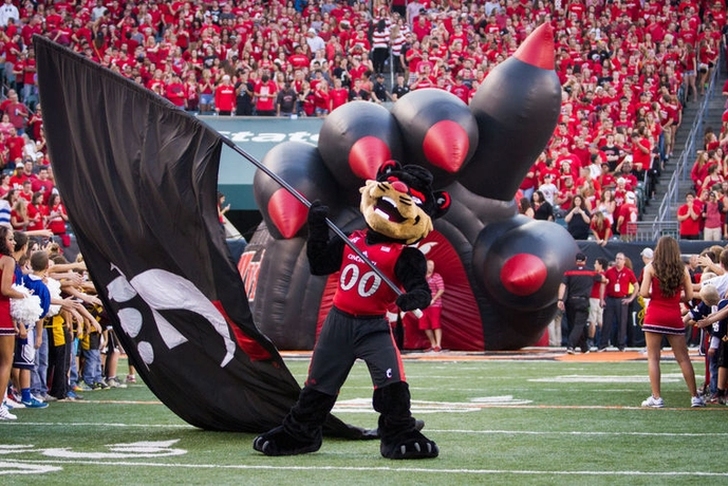 Expansion has been a big topic of discussion in the Big 12 since they dropped to 10 teams, and even though the NCAA has voted to allow the Big 12 to hold a football conference championship game, the conference is still looking at the idea of adding more teams.

The Cincinnati Bearcats have made it very clear that they are interested in joining the conference, as have the BYU Cougars - and those two schools may have their wish sooner than you might think.

The Big 12 discussed expansion when they met earlier this month and will meet again in May, when a final decision on expansion is expected to be made. According to Cincinnati.com, Oklahoma University president David Boren told Cincinnati president Santa Ono that many schools are in favor of the Bearcats joining, but they still have some work to do.

“You are truly an outstanding leader and knowing that you are at the helm in Cincinnati makes me even more inclined to support your cause,” Boren wrote. "We still face an uphill battle with several of our other colleagues."

Former Kansas State president Jon Wefald echoed those sentiments, saying that the school will likely have to accept smaller revenue-sharing portions than the other 10 schools if they want to join.

“The only way I see to get Cincinnati into the Big 12 is this: that UC and the 2nd school would have to volunteer to take the financial haircut yourselves," Wefald wrote. "Why? Because the three major networks will never add enough monies to allow the next two schools to have the same revenues as the 10 ... now. The emphasis of UC right now should be this: Get into the Big 12 and worry about equal revenues later. So get in now and tell the other 10 universities that you and the second school will take the haircut.”

The Big 12 is unlikely to take just one school, meaning that another school would be expected to join Cincinnati in any potential expansion. If that's the case, BYU is expected to be the second school.