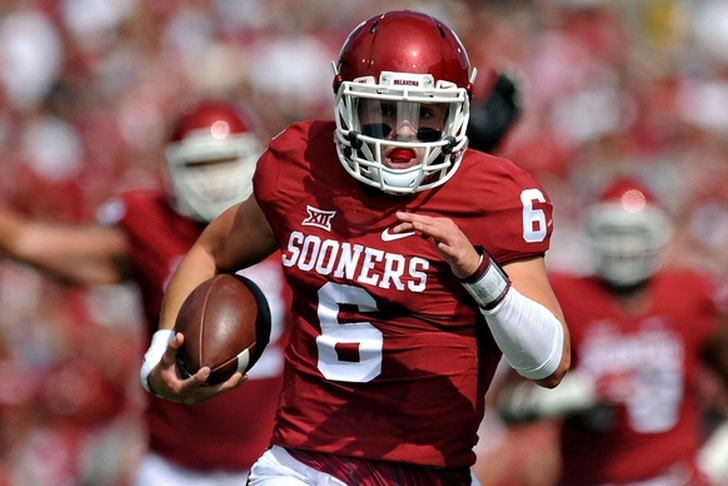 The start of the Big 12 football season is only a few weeks away and it's clear which teams can count on big things from their quarterbacks. There's a clear-cut top four QBs in the Big 12, although things get a little muddled after that. The bottom teams have some serious issues at QB.

Schools like Texas, Kansas and Iowa State have some major issues at QB, and they might not be solved right away this year. The Big Three from this conference is as talented as any other grouping in the nation. With that in mind, here are the 5 Best QBs in the Big 12 for 2016.

This was a toss-up between Hill and West Virginia's Skyler Howard. Hill transferred from Texas A&M and sat out last year. When he was on the field in 2014, Hill completed 66.7 percent of his passes for 2,649 yards, 23 TDs and eight picks in eight games. He also chipped in 156 yards on the ground. He's a dual-threat and a perfect fit for the TCU offense. He hasn't been named the starter yet, but it'd be a major surprise if it wasn't Hill. His upside gives him the edge over Howard, who has turnover issues.

Rudolph split time with J.W. Walsh last year, with Walsh serving as the running, red-zone threat. That changes this year, as Walsh has graduated. Rudolph put up 3,770 yards, 21 TDs and nine picks last year. With Walsh gone, those TD numbers should skyrocket. He's a notch below the Top 3, but the clear-cut No. 4 option.

Russell was a Heisman threat before going down with a neck injury, but he should be healthy once again. Russell will need to carry a Baylor team dealing with turmoil after the sexual assault scandal. In seven games last year, Russell posted 2,104 yards, 29 TDs and six picks. He also added 402 yards and six scores on the ground. He completed less than 60 percent of his passes. His accuracy and injury concerns keep him out of the top two.

The junior QB posted classic Red Raiders QB numbers, with 4,653 yards, 36 TDs and 15 picks through the air. He also contributed on the ground, with 456 yards and 10 scores. He might not have the name recognition of Russell, but that should change this year. If Tech can contend for a Big 12 title, Mahomes will be in the Heisman discussion. Unlike most Tech QBs who were system product, Mahomes has an NFL future.

This one really shouldn't be a surprise. Mayfield was fourth in the Heisman voting last year after posting over 4,100 yards and 43 scores through the air and on the ground. More video game like numbers are on the horizon for Mayfield this year. He'll be a Heisman threat this year and while he might not be as good in the NFL, he's the best college QB in the Big 12.