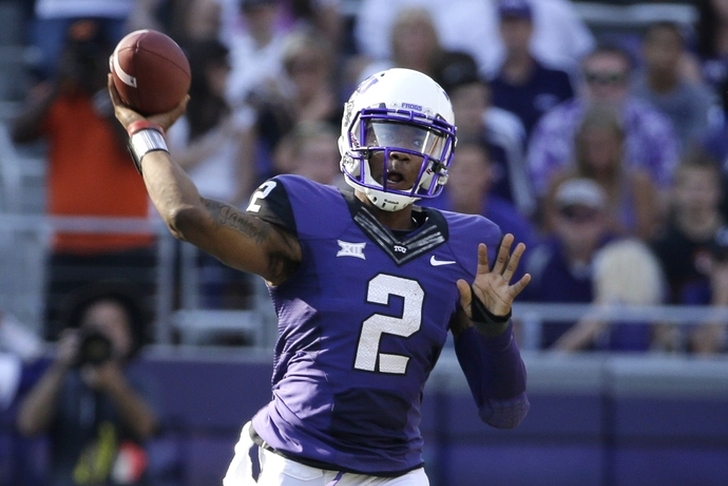 The Big 12 has several talented players, including a pair of Heisman candidates and talent across the lines. Narrowing it down wasn't the easiest, but here are the top five players in the Big 12 in 2015.

Perhaps you're unfamiliar with the senior safety. He LOVES to hit and is one of the better safeties in college football. He's a blast to watch and checks in at only 5-foot-11, 195-pounds. He's a physical safety, although does need to improve his coverage skills if he wants to make it in the NFL. Still, he's one of the best Big 12 players.

I know, you're wondering why he's not higher on this list. I know, he's huge and looks like he belongs in a video game. I also know that he's not as good as he should be. He records plenty of sacks, but takes plays off. That will hurt him come NFL Draft time and it also hurts him on this list. He's talented, but he's not a top three player until he develops consistency.

You probably know him as the kid who broke the single game rushing record against Kansas. Those 34 carries, 427 yards and 6 TDs weren't a fluke: Perine is the real deal. He's getting Heisman consideration for good reason. He's the best Oklahoma running back since, actually, that kind of hype isn't fair to Perine even though it is accurate. Just know that Perine can carry Oklahoma this season. He'll have a huge year.

Men of Billings' size aren't supposed to be able to chase down running backs. And yet, that's what Billings can do. He's an incredible athlete at 6-foot-2, 310-pounds. He's the best defensive lineman on Baylor (sorry, Oakman) and will have another big season. He might not put up the same stats as Oakman, but he is the most talented. Oakman wouldn't put up the same numbers without Billings also playing on that line. He's a monster at plugging running lanes.

The obvious, and really, the only choice. He's the Heisman Trophy favorite for a good reason. Barring injury, Boykin should repeat as Big 12 Offensive Player of the Year.