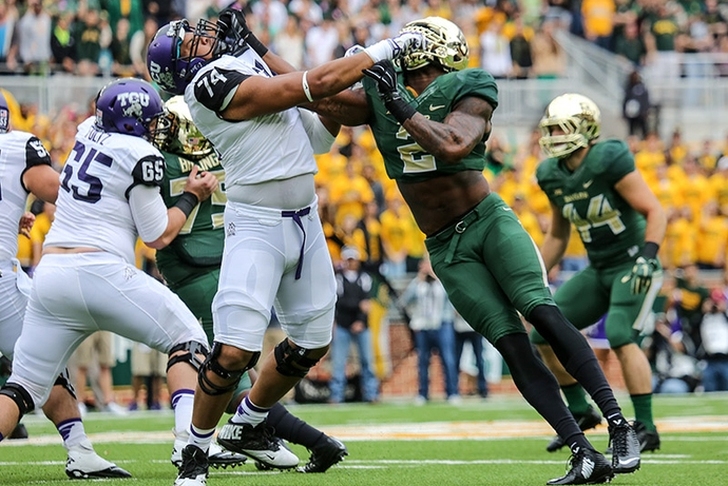 The Big 12 has reached a point where Baylor and TCU are the favorites to win the division. That would have sounded crazy only a few seasons ago. The Big 12 has several great games this season. We cut out the Baylor/TCU against Texas/Oklahoma games because the write-up would have been the same for each. They are big games, but not top five worthy. In order of when they are played, here are the 10 best Big 12 games of 2015.

When this game was first scheduled in 2010, it seemed like this might have been one of the best games in 2015. Instead, with Texas still building under Charlie Strong, we have to settle for one of the best games of Week 1. Still, a matchup between two storied programs is must-watch college football.

This one could be fun. Both teams harbor dark horse college football playoff hopes and both should be ranked when they play. Whoever wins will get a resume-booster.

Until one of these teams shuts down its programs, this game will always be a top five Big 12 matchup. The Sooners and Longhorns usually play each other close and they should do so again this year.

This game should be the best and most important Big 12 matchup this season. TCU blew a fourth quarter lead and let the Bears win 61-58. That loss cost them a spot in the College Football Playoff. The Horned Frogs will be looking for their revenge this season. This game should decide the Big 12, and possibly who goes to the playoff.

A win last season helped save the Cowboys' season from being a total disaster. Heck, it got them into a bowl game. Oklahoma State shouldn't have that many losses this season, and this game could determine who comes in the third (or higher) in the Big 12. Plus, these teams don't like each other and rivalry games are always great.