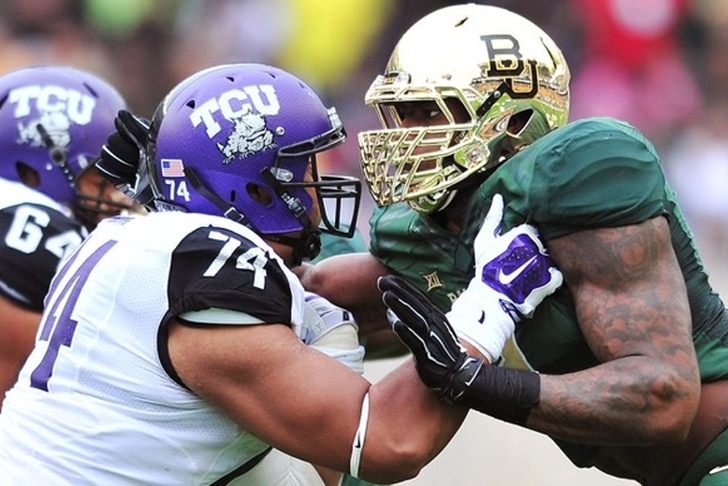 2015 Big 12 Football is only 13 days away with Oklahoma State and TCU playing games on September 3. Coming off disappointing snubs to the inagural College Football Playoff, both Baylor and TCU look to defend their (co) championships. The Big 12 Conference has made it clear this year that it will designate a champion in the instance of another co-championship.

The media chose TCU as the pre-season favorite, its first time being picked. Baylor also garnered several first-place votes, but the Bears have to replace Bryce Petty at quarterback.

In the national polls, here's how the Big 12 stacks up:

Follow our Big 12 Page for all the latest Big 12 Football & Basketball news and rumors!