Win Out and It’s Very Possible: How Baylor Makes the Playoff 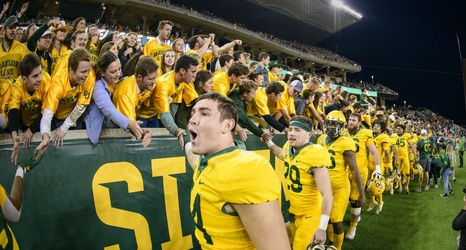 When Baylor blew the 28-3 lead to Oklahoma, I left Waco dejected. Despite a fantastic game and season, it seemed that Baylor—even if they pulled things together and won out—wasn’t making the playoff.

College football is wild though. Arizona State knocked off Oregon, and Baylor looked good in their controlled win against Texas.

Baylor was ranked No. 14 in the most recent College Football Playoff (CFP) rankings. Although the Bears gaining 10 spots in two weeks might seem like a ridiculous task, it’s really not. No two loss team has ever made the playoff. 2007 is the only BCS season where a two loss team made the BCS title.