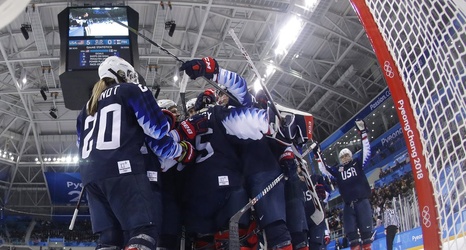 With just six days left of competition, Team USA has fallen into a tie for fifth place in the latest 2018 Winter Olympics medal count. The Americans have tallied a total of 12 medals, including five gold, three silver and four bronze.

Freestyle skier Nick Goepper won the United States’ only medal in the men’s slopestyle, an event the Americans swept in 2014. Goepper snatched the silver after posting a score of a 93.60, which was just shy of Norwegian gold medal winner Oystein Braaten’s score of 95.