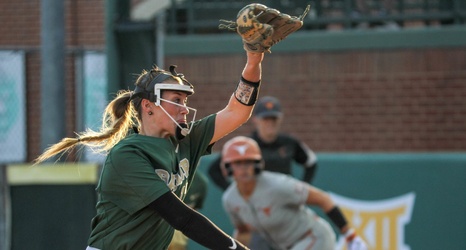 Baylor softball dropped to 2-2 after a 3-0 loss Sunday to Missouri State. The game was called after the sixth inning due to an agreed-upon drop-dead time for travel reasons.

Redshirt junior righty Sidney Holman-Mansell started the game for the Lady Bears and gave up one earned run in the second to start Missouri State’s scoring and two unearned in the third before being pulled in favor of redshirt senior lefty Gia Rodoni.

Rodoni eased the pain with three innings of scoreless pitching and four strikeouts, but Baylor’s offense never picked up.