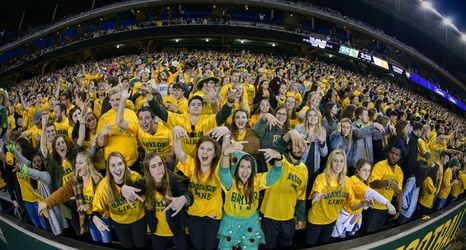 We’re pretty giddy about this one. Baylor put on a defensive show against the Texas Longhorns, shutting the horns out of the end zone until the closing seconds of the game. We’re talking about this win from all sorts of angles, including a loving look at individual efforts of Raleigh Texada, Grayland Arnold, Denzel Mims, John Lovett, Charlie Brewer, and many, many more. How hyped are we about this win? We make it to nearly the hour mark before we remember to mention the fact that the win secures the Bears a spot in the Big 12 Championship game in two weeks!