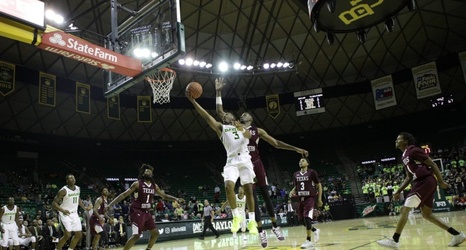 Baylor men’s basketball fell 72-69 to Texas Southern in its season opener on Tuesday night at the Ferrell Center.

The Bears had a 17-point second half lead, but the Tigers finished the game on a 34-14 run to steal the win. Baylor shot 3-for-11 from the free throw line in the three-point loss. Senior guard King McClure said the Bears played like a young team.

“I feel like at times tonight we showed our immaturity,” McClure said. “Credit to Texas Southern. They played hard. It seemed like they wanted the game more than us … They were prepared.