How it Happened: Baylor’s Path to Crushing Kansas in Allen Fieldhouse 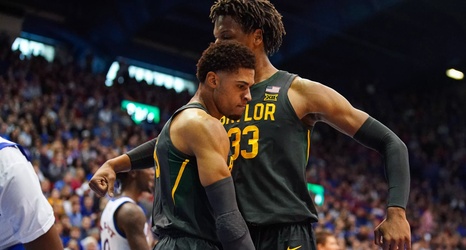 Baylor entered Saturday’s game in Allen Fieldhouse as a seven point underdog. They had never won in that building, and Kansas pulled within five in the second half. But the Bears went on another run and rolled to an easy victory.

The Bears dealt Bill Self his largest margin of defeat in Allen Fieldhouse in a variety of ways. The starting five all played more than 30 minutes, and each member of that lineup fueled the victory.

We’ll discuss scheme and Baylor’s complete team in a second, but a lot of basketball comes down to needing a guy to get a bucket.