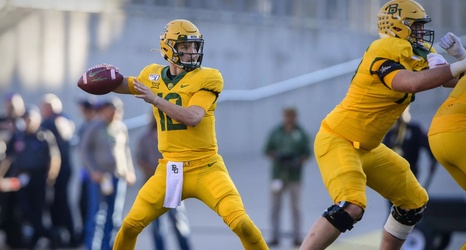 Baylor made the fans a little nervous early. The Bears opened the game with a nice run by John Lovett, and then a big gain by Chris Platt. But Platt fumbled at the end of the play and the Longhorns recovered.

Texas—as was the story almost all day—achieved nothing with the advantage. The Longhorns ended up punting. They would do that on their next four drives.