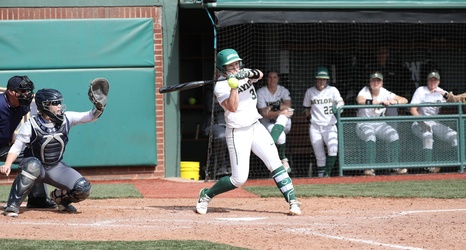 Baylor softball opened its season Friday with an 8-0 win against No. 23 Auburn and a 7-4 win against Louisville. The Lady Bears start the 2020 campaign at 2-0 for the fifth time since 2011.

Baylor started off the day retiring nine of the first 10 Auburn batters before starting their offensive onslaught in the third inning. The Lady Bears posted five runs as senior first baseman Goose McGlaun started the scoring with a double, bringing in redshirt senior outfielder Kyla Walker for the run.