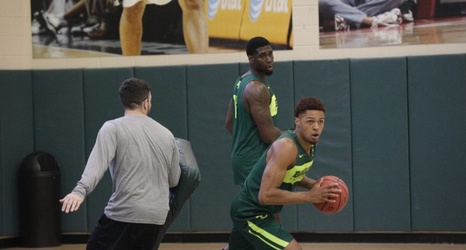 The Bears are going through some big changes this season, with the loss of guard Manu Lecomte, forward Terry Maston, center Jo Lual-Acuil, Jr. and forward Nuni Omot to graduation. That leaves only three returning scholarship players that played last year and a bunch of new guys added to the team, including four freshmen.

Senior point guard Jake Lindsey will also not be on the floor this year as he is taking a medical redshirt while he recovers from hip surgery.