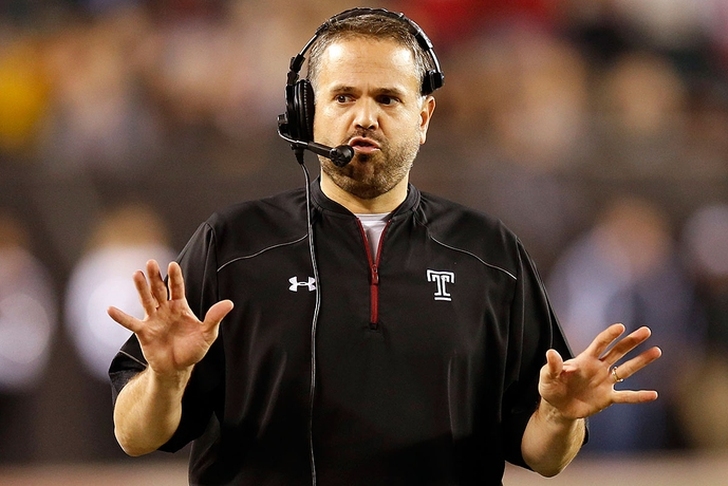 The Baylor Bears are hiring Matt Rhule away from Temple to be their new head coach, reports Fox Sports.

The Bears have been searching for a full-time head coach since Art Briles was fired in the school's sexual assault scandal. The hiring of Rhule comes as a bit of a surprise.

There were various reports that Oklahoma State head coach Mike Gundy was meeting with Baylor and that Arkansas State's Blake Anderson was negotiating with the school. Instead, Baylor's picked Rhule. The fit is an interesting one, as Rhule has spent the bulk of his coaching time in the Pennsylvania region.

Rhule played at Penn State and has served as the head coach at Temple since 2013. After a 2-13 season in his first year, Rhule has posted marks of 6-6, 10-4 and 10-3. He won an American Athletic Championship this year.

It's a rebuilding project at Baylor for Rhule. Many of their top recruits left when Briles was fired, and few the school has few players committed. But Rhule will have time to build at Baylor, as the school has given him a seven-year deal.