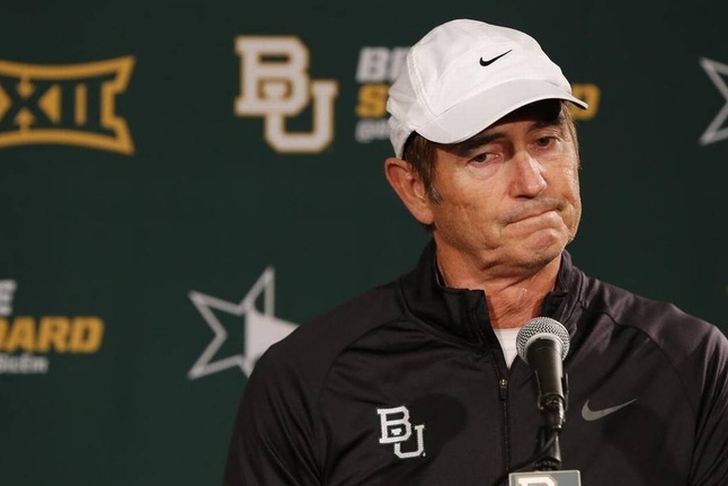 According to multiple reports, the Baylor Bears have fired head coach Art Briles. Baylor has confirmed the firing of Briles, as well as several other leadership changes, in a statement. Baylor athletic director Ian McCaw has been placed on probation and president Ken Starr has been demoted to chancellor. The Baylor football is currently facing sexual assault allegations.

Briles and Baylor as a university have come under fire for their handling of sexual assault and rape. The accusations include claims that Baylor ignored sexual assaults committed by football players.

The findings of an investigation by the Pepper Hamilton law firm detailing how Baylor has handled the sexual assault were expected to be announced by June 3rd. As a private university, Baylor isn't required to publish the report. But the parts that have been released from the report are be damning. Baylor's statement indicates that there are concerns about the culture within the Baylor football program with accountability. In addition, the football program and athletic department failed to take appropriate action when presented with sexual assault incidents. The report even says that Baylor covered up reports of sexual assault.

"We were horrified by the extent of these acts of sexual violence on our campus. This investigation revealed the University's mishandling of reports in what should have been a supportive, responsive and caring environment for students,” Richard Willis, chair of the Baylor Board of Regents, said. "The depth to which these acts occurred shocked and outraged us. Our students and their families deserve more, and we have committed our full attention to improving our processes, establishing accountability and ensuring appropriate actions are taken to support former, current and future students."

In it's statement, Baylor announced they have suspended Briles with the intent to terminate. That could be because Baylor will try to avoid buying out the 10-year deal he signed in 2013. In 2012, Briles made $3.1 million, and although Baylor never revealed just how large Briles' salary was, it likely was surely $3 million.

As for Baylor football in 2016, it appears that defensive coordinator Phil Bennett will take over as the interim coach.

Briles came to Baylor in 2008 after serving as the Houston Cougars head coach from 2003-07. Briles turned Baylor from one of the worst teams in the Big 12 to a title contender thanks to a high-powered offense. However, his time with Baylor is over and it's unclear if he'll ever be a coach again.