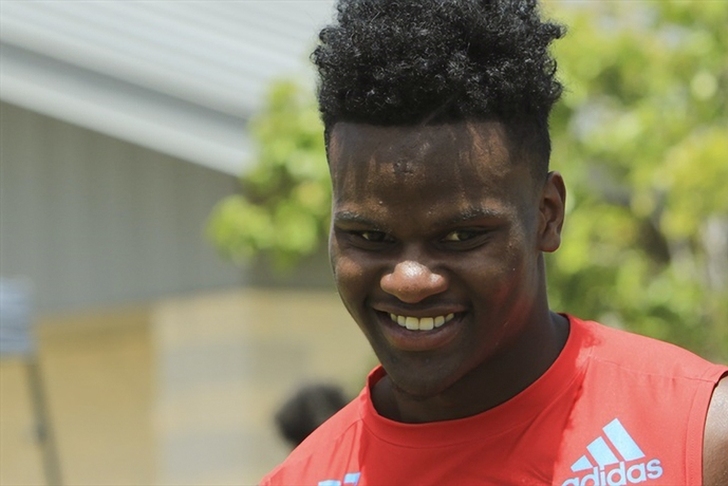 Instability has been the going theme for the Texas Longhorns football program over the past few years. Whether it was the end of the Mack Brown era, the subsequent culture shift implemented by Charlie Strong, or the fallout from what has been two underwhelming years under the former Louisville head coach, Texas football has lost its way and its hold as the Lone Star State's unquestioned #1.

The reason for Dickson's recommitment to the Bears appears to be a direct result of Charlie Strong's decision to replace former play caller Shawn Watson with wide receivers coach Jay Norvell, raising questions as to whether either will be back in 2016. Norvell played the main role in Watson's recruiting, selling Dickson on the program's vision for him.

"The offense is headed in the right direction with Coach Norvell with the wide receivers and a great offensive coordinator," Dickson told Horns247 during the summer. "They've been telling me I can come in and be the offensive player they've been looking for since Colt McCoy and Vince Young left."

With Watson and Norvell's future in jeopardy, Dickson made the decision to skiry the chaos in Austin for the rock-solid foundation built by Art Briles in Waco. That's more symbolic than it is an isolated incident.

While Texas has the seasoned brand name, Baylor has the recent success. The Longhorns haven't posted double-digit wins since 2009. The Bears are on their way to a 4th double-digit win season in five years.

While Texas' offense has stagnated for the better part of the decade, Baylor has helped revolutionize Big 12 football with one of the most dynamic, uniquely effective offensive schemes in college football history.

The Longhorns have the revenue and the Longhorns Network to steamroll their way back to the top of the mountain once the university gets the football program's house in order. Right now, however, Baylor is the destination for both in-state recruits and recruits from surrounding areas. Things have gotten stale in Austin, even with the new regime only being in its second year. Instability has zapped the forward momentum of Texas, causing recruits like Dickson to rethink their plans.

Baylor is the primary benefactor, and looks to be so for a long time.