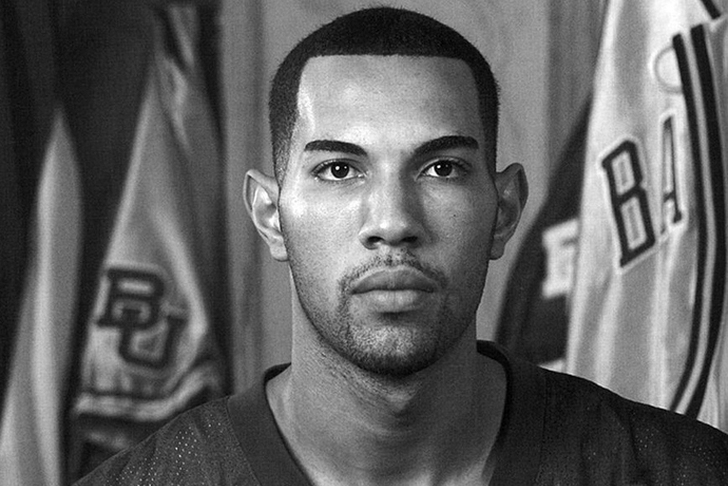 One day before the Final Four tips off, Showtime is airing "Disgraced," a documentary detailing the Baylor Bears basketball scandal of the early 2000's. Even though it has largely fallen out of the public consciousness - in part due to other, more recent scandals at the school - it remains the biggest scandal in college basketball history.

The scandal centered around forward Patrick Dennehy, who was set to be Baylor's star player for the 2003 season after transferring for New Mexico. However, he disappeared after he never showed up to a party he was supposed to be attending in the summer of 2003.

In the search for him, Dennehy's car was found in Virginia Beach, Virginia, with the license plates removed. As the investigation continued, an informant told police that Carlton Dotson, a Dennehy's teammate at Baylor, told his cousin that he had shot and killed Dennehy over an argument while shooting guns in Waco. Dennehy's body was found in a gravel pit outside of Waco on July 26.

That's right, a teammate murdered another teammate. Dotson was sentenced to 35 years in prison for the homicide, and will be eligible for parole in 2021. But that was only the tip of the iceberg with this scandal.

An NCAA investigation into the program followed, specifically about how Dennehy, who was not on scholarship, was able to pay tuition while he sat out the 2002-2003 season. Head coach Dave Bliss was paying the tuition for Dennehy and fellow teammate Corey Herring, which is obviously against NCAA rules.

Related: Where Dave Bliss Is Now

In an effort to conceal this, Bliss publicly portrayed Dennehy as a drug dealer. Bliss famously said in audio tapes that were recorded by assistant coach Abar Rouse that "there is no one...that can say we paid Pat Dennehy because he's dead." The tapes also revealed that Bliss had instructed his players to lie to investigators and play up the drug dealer story, and that Bliss knew that Dennehy has been threatened by two other teammates prior to his death.

Rouse had made the tapes after Bliss threatened to fire him if he did not go along with the plan to paint Dennehy as a drug dealer.

Herring was under the assumption that he was on scholarship, and Bliss tried to convince Herring's mother to lie to investigators about paying tuition.

The NCAA investigation also revealed widespread use of marijuana and alcohol among players that was ignored by the coaching staff and associate athletic director Paul Bradshaw. There were also some minor recruiting violations centering around a pick-up game.

The many NCAA violations resulted in several severe penalties for the Baylor program, including being placed on probation through June 22, 2010, not playing any non-conference games in the 2005-06 season (the final investigation concluded on June 23, 2005) and a 10-year "show-cause penalty" was imposed on Bliss.

Follow our Baylor Bears news page for all the latest Baylor basketball news!