Baylor QB Jarrett Stidham Out For The Season With Ankle Injury 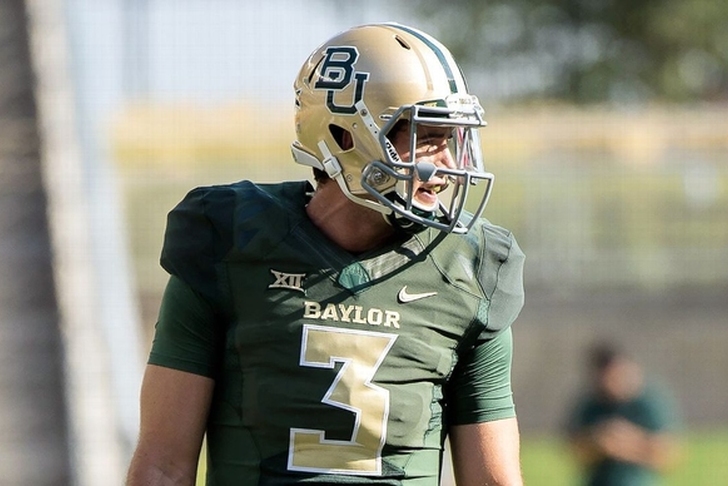 Baylor Bears quarterback Jarrett Stidham has been ruled out for the season with a broken bone in his ankle, marking the second Bears QB who has been sidelined this year with a season-ending injury (Seth Russell, broken bone in neck).

Stidham suffered the injury in the first half of the team's 45-35 victory over the Oklahoma State Cowboys on Saturday, prompting head coach Art Briles to list Stidham as "highly questionable" when talking to reporters on Monday. The true freshman was said to be dealing with an injured fibula along with back and hand injuries.

#7 Baylor will now rely on sophomore Chris Johnson as they continue their quest for a College Football Playoff berth. The sophomore signal caller replaced Stidham against the Cowboys, scoring three touchdowns. A converted wide receiver, Johnson will make his first career start on Friday at #19 TCU.

Baylor concludes its regular season on December 5th against the Texas Longhorns. If they win out and Oklahoma loses to Oklahoma State in Bedlam on Saturday, Baylor will win its third consecutive Big 12 title.

Stidham threw for 1,256 yards and 13 touchdowns this season, replacing Seth Russell for three starts after the team lost Russell due to injury on October 24th. There's no word yet on whether Russell will be able to return for the team's postseason run.