Isaiah Austin diagnosed with Marfan syndrome, career over prior to NBA Draft 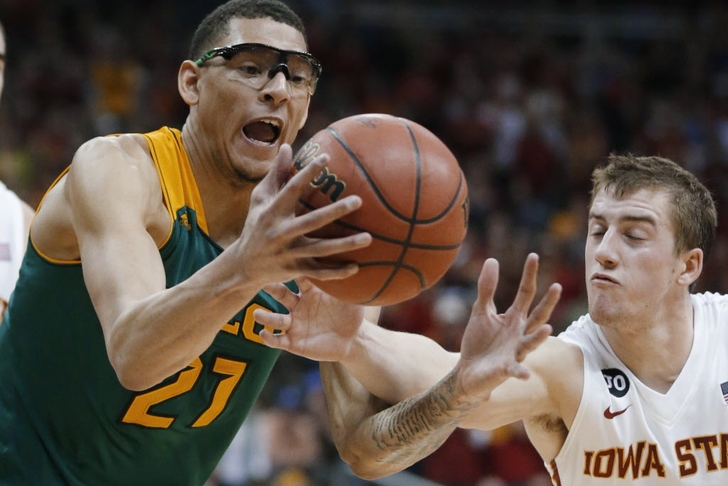 Baylor announced Isaiah Austin has been diagnosed with Marfan syndrome, career-ending prior to NBA Draft

Per Marfan.org, "Marfan syndrome is a genetic disorder that affects the body’s connective tissue. Connective tissue holds all the body’s cells, organs and tissue together. It also plays an important role in helping the body grow and develop properly."

According to Wetzel, the disease can also lead to life-threatening complications related to the heart:

On Isaiah Austin: "One feature of Marfan syndrome is aortic enlargement, which can be life-threatening." Brutal news for him — Dan Wetzel (@DanWetzel) June 22, 2014

Prior to this diagnosis, Austin had already been facing questions about his NBA future due to being legally blind in his right eye after a baseball struck him at 12 years old. In spite of that, the 7-foot-1, 225 pounder led the Big 12 with 119 blocks and was named to the Big 12 All-Defensive team.

Yet, the damage that Marfan syndrome can cause to tissues throughout the body makes any potential continuation of Austin's career too risky for the 20-year-old going forward.

You can learn more about Marfan syndrome, which affects one out of every 5,000 people, at Marfan.org.

Our thoughts go out to Austin and his family during this time.