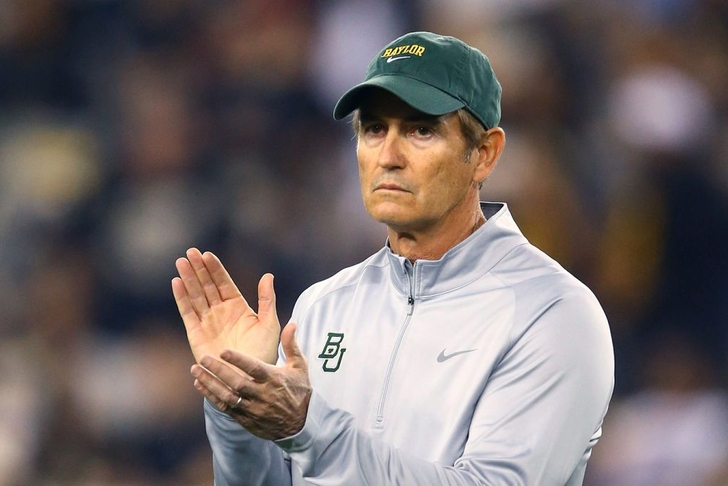 The Baylor Bears and the TCU Horned Frogs shared the Big 12 title this year, but both missed out on the College Football Playoff. Baylor finished No. 5 in the selection committee's rankings and were passed over by Ohio State for the fourth and final playoff spot.

The Buckeyes validated their involvement in the playoff by winning the whole thing and becoming national champs, but Baylor coach Art Briles revealed just how close the Bears came to taking Ohio State's place:

Since then, there's been a lot of talk about the Big 12 potentially expanding to add a conference championship game, or the College Football Playoff being expanded to six or eight teams.