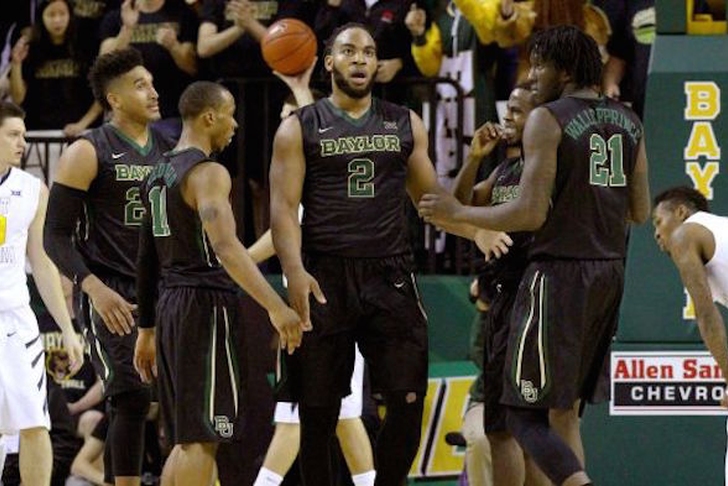 The Baylor Bears have had a surprisingly successful year in the extremely tough Big 12, and they're looking to get back to the Sweet 16 for the second straight year. Gathers leads the Big 12 in rebounding, and he's the leader of this Baylor team. At 6'8" and 280 pounds, Gathers is a force dow low that controls the paint on both ends of the floor. His offense is reliant on dunks and putbacks, but he's always able to get good positioning because of his strength.

Led by Gathers, Baylor has become one of the best rebounding teams in the nation, especially on the offensive end. The Bears average 15 offensive boards per game, which really helps their production considering they only shoot 43.5 percent from the floor as a team.

That shooting percentage is raised because of the plethora of high-percentage putbacks they get on the offensive glass, but they aren't great from the outside. Baylor likes to attack the basket and play inside, and while certain players have the ability to hurt you from the outside occasionally, teams have had success by packing the paint and forcing the Bears to play from the outside.

Baylor has the firepower to make some noise in the tournament and advance to the second weekend, but they aren’t good enough to truly compete for a Final Four berth.

Follow our Baylor Bears team page for all the latest Baylor news and rumors!