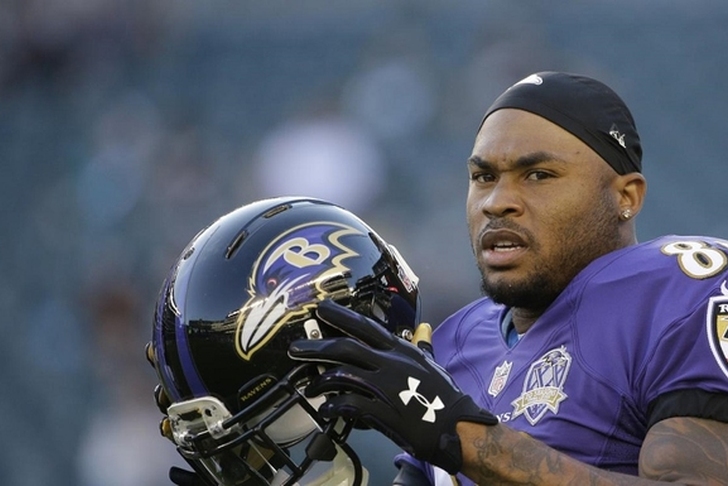 **UPDATE: Steve Smith has a torn Achilles and is out for the rest of the season, according to ESPN's John Clayton.**

Wow, Steve Smith's season and career. Torn Achilles. Out for this year.

There has been no word on what Smith's injury is at this time, but the Ravens said he is unlikely to return.

The annoucers during the game feared that Smith may have torn his Achilles due to the way he immediate grabbed the back of his right foot.

Stay tuned to Chat Sports for more information as it become available.