Vegas Odds: See Which Games The Ravens Are Predicted To Win And Lose In 2016 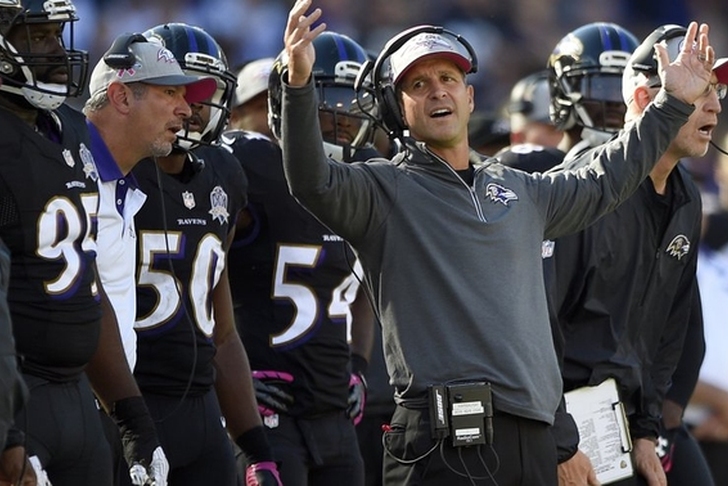 The Vegas odds for the first 16 weeks of the NFL season are out, and it's time to take a look at how Vegas thinks the Baltimore Ravens will do in the 2016 season. The Ravens struggled last year amid a plethora of injuries, but they should be healthier this year. While Vegas has them pegged to be better in 2016, they aren't quite at the playoff level.

There are a few "ties" below, which means neither team is favored in the game. The odds for Week 17 are also not out yet, so that week isn't counted. With that in mind, here are the games the Ravens are predicted to win and lose according to Vegas in 2016.

Week 2: at Cleveland Browns
Win by 3

Week 15: vs. Philadelphia Eagles
Lose by 3

Week 16: at Pittsburgh Steelers
Lose by 8

The Ravens are projected to put up a 6-2-8 record in the first 16 weeks. That means they'd need to win in Week 17, in the pick 'em games or pull some upsets to make it back to the playoffs. The AFC North is a tough division, and Vegas isn't expecting the Ravens to beat the Bengals or Steelers this year. That's a big reason why Vegas doesn't consider Baltimore a playoff threat.