Why Patrick Mahomes vs. Lamar Jackson feels like Brady vs. Manning 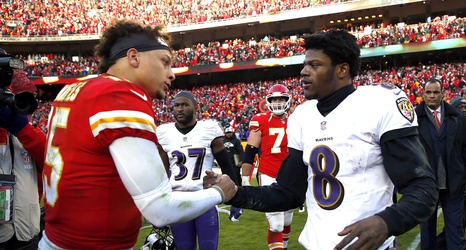 Patrick Mahomes and Lamar Jackson are the two most exciting quarterbacks in the NFL. Watching football on television is a great way to spend a Sunday, yet with these two players you just have to buy a ticket to see them live. There is a new wave of quarterback talent sweeping the NFL.

For years we had the Brady vs. Manning argument. Brady had the Super Bowl rings. Manning had the more impressive stats. Playoff success came immediately for Brady. Manning took years before he had playoff success. Brady always had the New England Patriots as a power in the AFC.