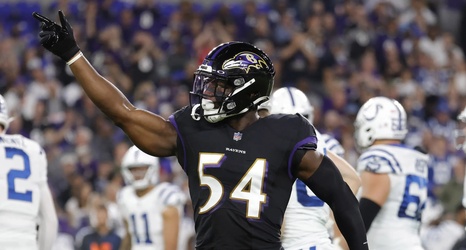 PFF’s Brad Spielberger recently examined every team in the AFC to determine the best value contract each one had to offer. For the Baltimore Ravens, Spielberger landed on outside linebacker Tyus Bowser.

“There are a half-dozen candidates for this selection, as the Ravens have been particularly sharp with both extending their own players early on and taking advantage of other teams’ cap casualties,” Spielberger wrote. “Tyus Bowser is a Swiss Army knife for the Ravens’ defense, having played more than 200 snaps in run defense, as a pass rusher and in coverage in 2021.