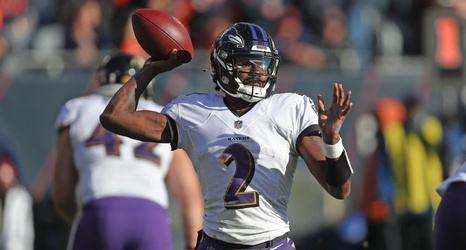 CHICAGO -- Tyler Huntley found out he was going to start at quarterback for the Baltimore Ravens on Sunday when he received a text from Lamar Jackson on his way to board the bus to Soldier Field.

"Go do your thing today. I'm going to be watching."

A few hours later, Huntley showed the football world that the Ravens can win without the 2019 NFL MVP, rallying Baltimore to an improbable 16-13 victory over the Chicago Bears. Huntley became the fourth quarterback over the past 30 seasons to record a game-winning drive in the final two minutes of the fourth quarter in his first career start, according to the Elias Sports Bureau.