Street Talk Dobbins on the Run 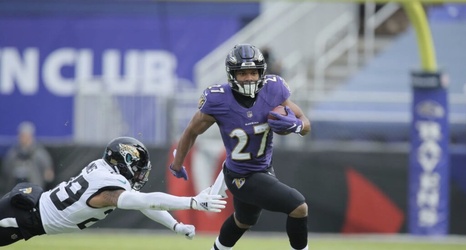 The only Ravens player that faces higher expectations than Lamar Jackson is running back J.K. Dobbins.

The former second-round pick from Ohio State had a stellar rookie season, leading all of the team’s running backs with 805 yards on 134 carries. Dobbins also recorded a rushing score in seven consecutive games (nine scores overall), including the wild-card playoff game against Tennessee, which tied for the second-longest streak by a rookie in NFL history.

GM Eric DeCosta had not even planned on selecting a running back last year before Dobbins fell into their lap.