Street Talk Do The Ravens Need a Top-Tier WR? 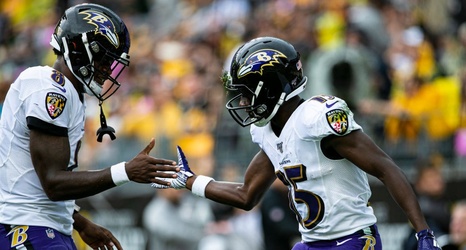 The Ravens have been one of the most mercurial teams in the NFL over the last three years. Since drafting Lamar Jackson and making him the starter, they’ve enjoyed some of their best seasons since winning the Super Bowl in 2013.

They plateaued two years ago when Jackson won the MVP with a historic season for the QB position, leading them to a 14-2 record and AFC North first-place finish. Unfortunately, they lost to wild card Tennessee that year; however, they avenged that loss, toppling them in last year’s wild-card game, only to succumb to the Buffalo Bills in Orchard Park, NY.