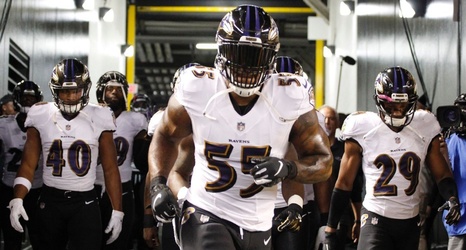 Outside linebacker Terrell Suggs told members of the Ravens that he's moving on, a source told ESPN. One of the top leaders and characters in franchise history, he had spent his entire 16-year NFL career in Baltimore.

Suggs, 36, continues what could be a major turnover for the NFL's top-ranked defense. Safety Eric Weddle was cut and signed with the Los Angeles Rams last week, and middle linebacker C.J. Mosley could also leave in free agency.