Ravens vs. Chiefs: What a difference a year could make 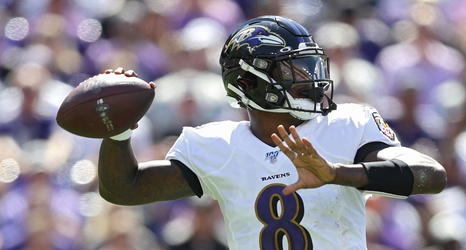 The Baltimore Ravens couldn’t be a more different team than they were the last time they faced the Kansas City Chiefs. Last year the Ravens were heading into their third game with Lamar Jackson as the starting quarterback. Jackson was operating an offense that was designed just to get Marty Mornhinweg through the rest of the season.

Greg Roman has taken control of the offense. Now the offense seems to have a plan, and the play-calling is much more inspired. No matter what you thought of Jackson in his rookie season, it’s hard to deny that Marty Mornhinweg’s lack of imagination held this team back.