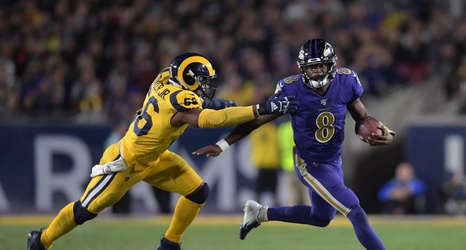 ATS (Against the spread)

The top ranked offense in the National Football League will play host to the top ranked defense in a game which many believe could be a Super Bowl preview. San Francisco dominated Green Bay 37-8 at home last Sunday night while Baltimore knocked off the Rams in blowout fashion 45-6 on the road on Monday Night Football. Both teams have used a power run game to move the sticks, pile up points and grind the clock on opposing defenses. The 49ers defense has been stingy, especially against opposing pass offenses, ranking first in passing yards per game.