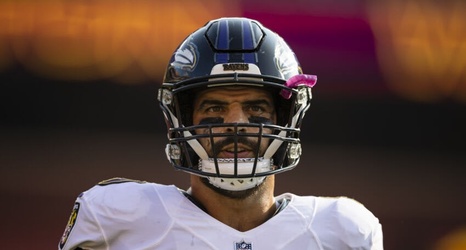 The Baltimore Ravens have reportedly agreed to terms on a massive four-year, $56 million extension with star tight end Mark Andrews.

Per NFL Network’s Ian Rapoport, Andrews will have an APY of $14 million that makes him the third-highest-paid tight end in the NFL behind George Kittle ($15 million) and Travis Kelce ($14.3 million).

The deal includes a whopping $37.6 million in guarantees which accounts for 63 percent of his contract, per ESPN’s Jeremy Fowler. Andrews will be paid $26.