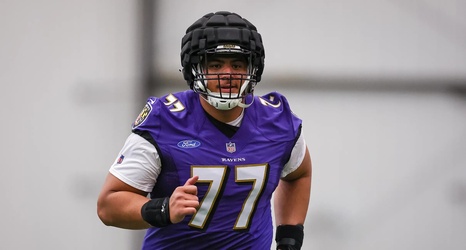 The Baltimore Ravens have nearly their entire 2022 draft class under contract after signing offensive tackle Daniel Faalele and cornerback Jalyn Armour-Davis to rookie deals on Saturday. They were the first of the team’s whopping six selections in the fourth round but the last to sign on the dotted line.

Faalele was the Ravens’ first pick on Day 3 of the draft at No. 110th overall out of Minnesota and measures in at a massive 6-foot-8 and 380 pounds. While he may be the starting right tackle of the future, barring an outstanding training camp and preseason, he will likely be limited to providing quality depth at either tackle spot in 2022.