Ravens: Shaun Wade will be the hidden gem of the 2021 NFL Draft 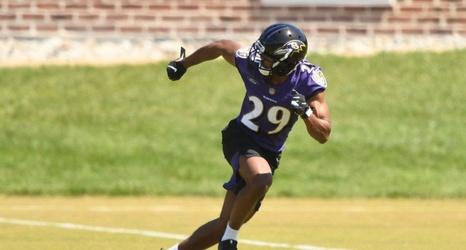 Coming off his first two seasons as a starter for the Ohio State Buckeyes, new Baltimore Ravens defensive back Shaun Wade was considered to be nothing short of a first-round NFL Draft prospect at the cornerback position.

His length and physicality in jamming up slot receivers in the nickel helped him stand out in a star-studded secondary, even with future first-rounders like Jeff Okudah and Damon Arnette around him.

While Wade’s transition to outside corner in 2020 (along with a lingering turf toe injury) caused him to decline in productivity, and slip down draft boards as a result, there’s no team that better fits his biggest strengths than the Ravens.