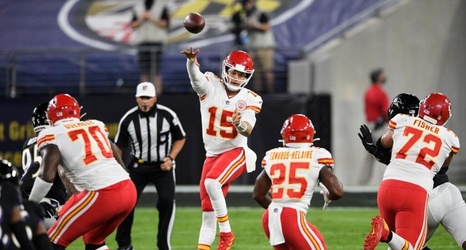 The game was promoted as a preview of the AFC Championship. Mahomes v. Jackson. The last two MVP winners going head-to-head in a September clash. Yet early on it became painfully clear that the Ravens aren’t yet in the Chiefs’ class. Not on offense. Not in their respective game planning and shockingly, not on defense. At least not tonight.

We all heard before the game, repeatedly, that Lamar had yet to defeat Mahomes; that he’s never come from behind to win a game. And of course that last zinger — Lamar hasn’t won a playoff game.