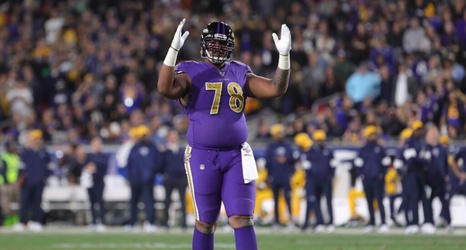 Orlando Brown, Jr. has made it clear that he would like to be traded, but the closer we get to the NFL Draft on April 29th, the less likely a trade will happen. The Athletic’s Jeff Zrebiec wrote about it yesterday and since then more information has surfaced. Word is that it’s not the trade compensation that the Ravens are looking for that’s holding up the deal, but instead the compensation that Orlando seeks for his bank account. Brown is looking to top the mammoth contract signed by Trent Williams’, 6-year, $138M deal that includes $55.