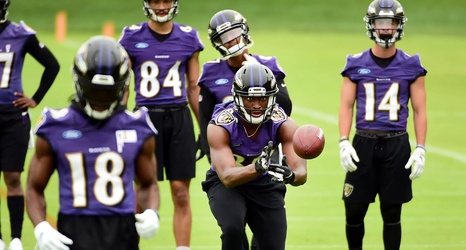 Rookie offensive tackle Orlando Brown Jr. didn’t blow the doors off the NFL in his debut season, but he did turn in plus play in pass protection (75.1 pass-blocking grade) and showed signs of improvement in all areas down the stretch of last season. Opposite Brown, former first-rounder Ronnie Stanley has developed into one of the league’s best young offensive tackles in the game, earning a 75.8 overall grade and an 87.0 pass-blocking grade a year ago.

Alex Lewis and Matt Skura are nothing to write home about, but longtime standout guard Marshal Yanda is more than capable of picking up the slack.